As many of our students and their families know, Christmas was a busy time for us. Lots of activities helped to create a warm and festive atmosphere amongst the Trinity Skills community.
The It and Media group have taken a moment to reflect on all of the fun that was had and have comprised this post as a result. 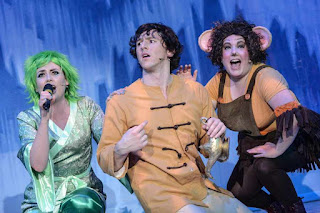 On Wednesday 14th December students and Staff went to Stafford Gatehouse Theatre to watch 'Aladdin: The Wok and Roll Panto'. It was a great show, funny and good to sing along to. My favourite bit was Aladdin's pet monkey 'Cuddles'. He was so cheeky and funny! I'd go again to see a Panto next year.
Darren 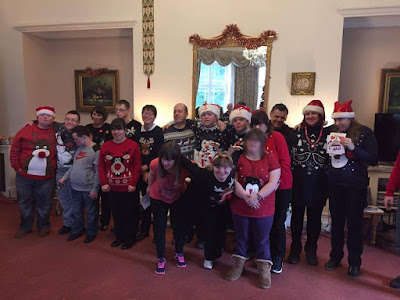 On Tuesday 5th December 2016, the signing choir group went to Hilderstone Hall to perform their annual Christmas show for the residents. The Choir was outstanding and it went really well. It was very challenging because there were lots of audience members watching the spectacular Performance.


All the Students are hardworking and talented Signers.


We performed the tracks: “Flying without Wings”, I wish it could Christmas Everyday”, “let the flame burn bright”, and “Count on me”!
Jenny H
Student Christmas Meal 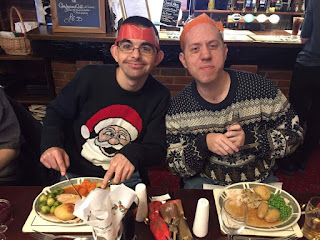 On Thursday 15th December 2016 the staff & students went for a Christmas meal at the Greyhound at Burston and we had some crackers to pull at our tables when we arrived. Then we had our lunch and it consisted of a mains and a desert with choices of Beef, Turkey, Lasagne and Desert’s consisted of Ice Cream, Christmas Pudding and Chocolate Fudge cake.
James H and Chad H 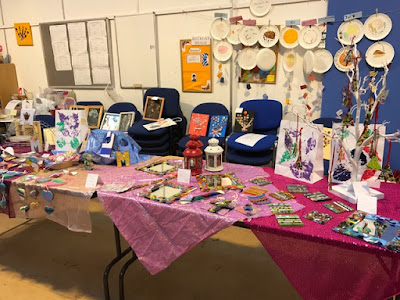 On Wednesday 7th December 2016 at Unit 2B students hosted the craft fayre. There were different stalls such as cake stalls, woodwork, glass stalls, Clifford card stalls, Marquetry and Art stalls, there were also plenty of hot drinks available like coffee and tea. There were lots of items to buy at the fayre such as bird boxes, glass items, cakes and Christmas cards. We raised lots of money for enterprise materials and for Club 101.
Simon L 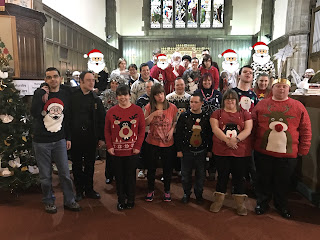 On Tuesday the 13th of December the Trinity Skills performing arts group had their annual Christmas show at St Michael’s church. This year’s theme was about X factor, ’s Got Talent and Strictly Come Dancing.
The show was very enjoyable and had most of the audience tapping their feet to some of the songs also behind the scenes was a very stressful time for the sound team who had to make sure the right songs were played at the right time so well done to them and the media team for the photos and the video.
And very well done to the performers who have been practising tirelessly for weeks just to make sure everything was perfect.
By Alistair S and Adam J